from CIRCA91 by Ruby Ibarra 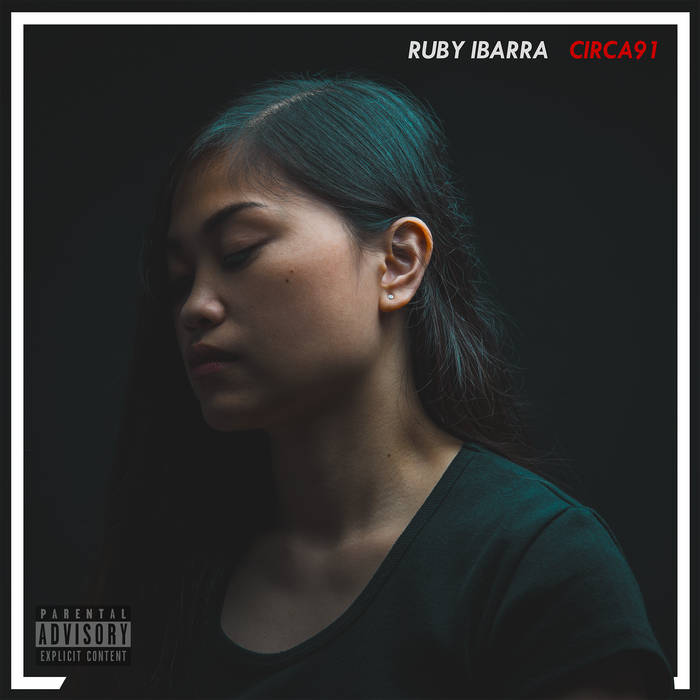 VERSE 1 (Ruby Ibarra)
From Morro Bay to the East Bay, we stay survivin’ where stay/
They keep invading’ where we lay, there’s no debating’ that we pay/
That naval base up in Subic Bay, to all the places that they tried to take/
From Magellan’s day to Philip’s raid, when the land was raped and they changed the way/
‘Til my father drowning’ in that alcohol and then my mama always be up in that Eskinol/
Cuz these thoughts make the brown skin start to crawl/
So I take the kush in (cushion) just to break the fall/
2nd class citizen never been one/
Traded the pesos so we can have ones/
Darker the skin and you scared of the sun/
Silenced to speak with an accented tongue/
All of these faces I‘m lookin like none/
Taught to forget all the places I’m from/
But we grew up from the barrio and slums/
My aunties be drinkin' that red horse and rum!/
Never be stoppin’ the work’s never done/
Long as they keep on corrupting the funds/
Thinking the damage is done and they won/
But we stay militant daughters and sons/
Let’s take it back to the first day of first grade/
All of you thinking of throwing me shade/
My people are roses that grew in the shade/
We came up in places exploited by trade/
I kill ‘em wit’ a bar, so hot, ‘cuz it’s top notch/
Thinking that you top mine? Stop, not on my watch!/
Like it’s 12:30 on the dot, on the clock, watch/
All I see are “hands up and down” when the beat drops/

HOOK
There’s some crazy Filipinos in here/
From the jungle, yeah the savage is real/ X4

VERSE 2 (Bambu)
put my San Miguel in a ziplock so I know it's real/
put my red horse in a plastic bag so I know it's real/
ayan nanaman si bam-bam umi init ang ulo parateng ganyan/
pero dapat naman kung wala kang alam/ d’bat ka nag poporma ka na ganyan/
para kang Buko Pandan na wala man laman, and that’s “eehhh”/
buhusan kita ng marame/ politicians, police and capital greed, pare, ang dame/
I say say my name in the right way say her name in a pig’s face/
mispronouncing these linguistics might find you washing up ina east bay/
and at this point in time there are tribal tattoo tribes/
all these stupid fools put on costumes like indigenous Etas ain't still alive/
an while they massacre the first island man I see Fil-Ams make clans/
sporting tribal tats but not giving back an not ensuring the natives can hold land/
that's that part I can't stand push that PCN beyond dance/
push that PCN for your college club to build bridges up to homeland/
only time I do the tinikling is when the bullets ring an i gotta’ jump/
big up to eyes in the jungle that's ready to dump
the guerilla-pinos that's a shout out to Nump/
and I murder a drum like it's out selling drugs in the barangay to get by/
and Duterte gave green lights to vigilantes - now drums must die/
got a little accent when I rap an I go batshit when ona track/
but I hold no candles to the sister-soldier, young Ruby Ibaaaarrrrrrat!/

VERSE 2 (Ruby Ibarra)
You thinkin’ you winnin, but no you ain’t winnin’, they runnin’ this shit...right now/
And since the beginning, was taught to pretend, so we bleaching our skin...white now/
‘Cuz even my roots is a product of when they were killing our kin...wipe out/
Oppression from systems that’s holding the power they huntin’again...right now/
But if they mispronounce my name again/
I make em take in every single syllable over again/
And so never say my name if you thinkin you never can/
Cuz my name is a part of me and be something I will defend/
So if you cross me, you end in the cross hairs/
Crossin’ you out when I’m tossin’ the bars there/
Twistin’ they face like they mispronounced names/
And I’m tearing them down, I’m not stoppin my reign/
Flow so cold goin off, from the top, so pro, break ‘em off when the bars go blow/
Ain’t no stoppin though, when I speak get ‘em coffins, so, I’m a problem that’s plottin slow/
Like a sharp bolo, when I’m talkin’ they all get froze, I’m like Pac, MDS, I throw/
Hella prophet flows, it’s approximate toxic dose/
When I got this I drop it so, keep it raw they know/
‘Cuz they plot ‘til they stop that soul when they search off your pockets so/
Ain’t no option though, better run when the odds go low, got your arm in a lock and hold/
Hope you say ten fo', or they box and they lock you so, ‘til you rot and you lost control/
And they profit though, all these pigs that be plottin yo/
On these kids that they target, oh, it’s a constant flow/

from CIRCA91, released October 3, 2017
Produced by OJ The Producer

Ruby Ibarra is a rapper, spoken word artist, and producer from the Bay Area, CA.

Bandcamp Daily  your guide to the world of Bandcamp

Featuring Oakland sounds from the Smart Bomb collective and Samplelov.